Are you interested in film production or perhaps you have already directed amateur productions? Is storytelling through audiovisual your passion?

If you love films or are interested in television, then our bachelor’s program is the right programme for you.

You will become an expert in film theory, image design or camera and editing technology within a year of intensive learning at the TRIAGON Academy

During your studies you will learn how to present and tell stories and produce them on film and television . This is how you can create emotions and score points with your audience and clients. You will be given the opportunity to decide whether you want to specialize as a screenwriter, cameraman, director or editor.

In our B.Sc. Creative Media (Film & Broadcasting) you set your own priorities – according to your interests.

Short profile of the film studies

​What is the programme about?

With an individually chosen project , you can specialize in specific aspects of film. You can become an expert in shooting commercials or music clips for television – or continue your education as a cameraman.

You can also learn to direct a movie or even write your own screenplay. The opportunities that we offer you as part of your studies are as diverse as the creative industry itself.

We’ll also give you insider tips on the film business and put the finishing touches on your skills. By the end of the programme you will be adequately trained to implement your own ideas and innovations. 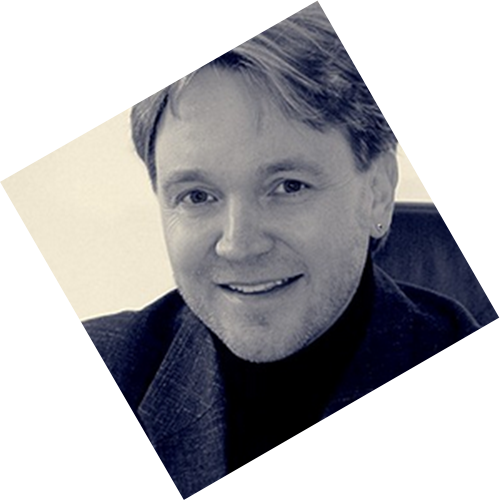 Recognition and accreditation of the course

Triagon Academy is accredited (and licensed) as a Higher Education Insitution (License Number: 2018-021) by the Maltese Further and Higher Education Authority (MFHEA) and is authorised to provide academic programmes at levels 6 (Bachelor), 7 (Master) and 8 (Doctorate).

1-year online bachelor’s degree with the opportunity for recognition of previous education*!

Our innovative virtual classroom study explained in one word: flexible!

You can complete studies alongside your job. It is up to you whether you work during your studies or not. This is not relevant for your enrolment.

Features of our digital learning concept:

If you have any questions, please feel free to contact our student advisory service at any time – we will be happy to help you!

Overview of the bachelor’s degree​

The Bachelor of Science in Creative Media (Film & Broadcasting) study program is designed to provide learners with the core skills in the field of film and Broadcasting. It comprises four modules that you complete consecutively within 12 months. Your studies will be completed with your bachelor thesis.

In the first module you will deal with current developments in the field of film and broadcasting. You will also deepen your skills in research and practice.

This enables you to work on your individual project within the wide spectrum of film studies in the second module.

The third module is designed to provide in-depth skills on research methods in preparation for your thesis . Here, our study program pays special attention to a current cultural and contextual reference.

So you are excellently equipped to write your thesis in the fourth module.

The course comprises a total of 60 ECTS credits.

1: Current topics in research and practice

This module shall provide the necessary knowledge, skills and competencies to the students to autonomously transform research elements into practical ones – this shall allow the students to demonstrate their competencies, incorporating many of the research skills and data analysis developed throughout self-study and direct instruction. The aims of the module are to enable students to develop their knowledge and understanding of the problems and complexities of conducting project research by requiring them to complete the full process of designing and eventually creating the project.

2: Your specialization as a film expert

In the second phase of your studies, you will further specialize in your area. This also means that you carry out an independent project in the field of film and broadcasting. This is how you deepen your theoretical skills from the first module.

This module shall provide learners with the necessary knowledge, skills and competences to ask questions and find answers; specifically, those bearing on film and broadcasting in the broad sense and to the conventional means to present these. The experience of the module is structured in a way that leads to the submission of the dissertation proposal. The discourse shall include answers to questions that range from practical or theoretical ‘how to’ or ‘what is’ exercises; to simple ‘what do you think?’ form of analysis or reflection; to complex structured responses in the form of the proposal.

In order to successfully complete your studies, you will write a thesis in the last module . You will work out a critical study on a topic of your choice in the field of film and broadcasting . The topic of your work can be practical, theoretical, technical or historical. You can choose your own topic.

Of course, you will be individually and professionally supported by us during the process of writing your thesis.

How can you complete TRIAGON’s distance learning studies?

The bachelor’s degree in Creative Media with a specialization in Film and Broadcasting is based on our digital study concept ( distance learning with virtual presence) . In this way , you can organize your studies part-time , independent of location and flexible in terms of time .

Would you like to get to know us personally ? This is possible in our local service centers in Malta, Germany and in Hungary. You can find them in Ismaning (near Munich), Berlin, Unna (near Dortmund), Frankfurt, Mannheim and Hamburg, Malta, and Hungary

Study worldwide digitally & live – from home, at work or on the go!

Find out more about the Triagon service centers using the following links:

Would you like to know whether the Film degree is right for you? The following qualities are helpful prerequisites for successful studies – and for your later professional life:

The B.Sc. Creative Media in Film & Broadcasting is a top-up degree program . You can acquire it in addition to an already acquired vocational training qualification – for example as a media designer: in audio & video – or a comparable training.

If you have another professional qualification or professional experience, then get in touch with us – we will be happy to advise you individually on your admission.

When developing our study program , we took into account that personal situations and commitments of a prospective student change over time. That’s why we offer you the opportunity to adapt your studies to your life and professional commitments with the Bachelor of Science (B.Sc.) in Creative Media (Film & Broadcasting).

TRIAGON has set itself the goal of enabling as many people as possible to study. The flexible study model otfers many opportunities for ditferent life situations:

Where do film graduates work?

TRIAGON graduates of the B.Sc. Creative Media (Film & Broadcasting) can work in a wide variety of industries. Mainstream work areas can be found in television , in film production companies , in film studios and in film houses . But you can also apply for jobs in marketing departments as well as in event, advertising and media agencies due to the transversal nature of the programme There is also possibility of freelancing work.

What tasks do filmmakers take on?

The range of tasks after graduation is very diverse:

What are the future prospects for filmmakers?

After your studies, you have very good career opportunities particularly if you gain practical experience before and during your studies. Priorities can be set in the areas of directing, camera work, editing technology, image technology or film production.

You can also work in business with a degree in the field of film. Your skills are particularly in demand in television and in the advertising and event industry.

What do filmmakers earn?

When entering the professional world, your experience, your talent and your contacts sometimes have an impact on what you earn.

The gross salary of a director is between EUR 1,000 and EUR 5,000 per month. For smaller productions, one earns less with directing work than with large television formats. As a cameraman for television or film, you can earn between EUR 2,000 and EUR 4,800 gross per month.

As a film cutter you will earn around 2,500 euros gross per month. With professional experience, a monthly gross salary of up to 4,000 euros is also possible.

TV stations pay screenwriters between 10,000 and 50,000 euros for  a  good screenplay. A large screenplay usually takes up to two years to complete. As a successful screenwriter, you can count on a monthly gross income of 4,000 euros.

Applicants must fulfil the General Entry Requirements for admission, namely, the Matriculation Certificate and Secondary Education Certificate passes at Grade 5 or better in English Language and Mathematics. Students must also produce evidence of language proficiency at a B2 level referred to CEFR in the language of instruction.

If students do not fulfill all the requirements, they can take additional preparatory courses.

For you this means:

We would be happy to verify your credentials free of charge and without obligation to indicate your eligibility to this programme. Simply contact us by email at: beratung@triagon.mt or by phone: +49 089/ 45 35 218-0 .

With your Bachelor in Creative Media (Film & Broadcasting), the progression to the next higher academic qualification at TRIAGON is the Master of Science in Project Studies and the Master of Business Administration (MBA)

The monthly tuition fees (for 12 installments) are 575 euros (plus registration and examination fees). The entire course costs 7,480 euros, which is well below the fees charged by other private universities.

You find the FAQs here.